The CAMELYON16 challenge has ended in November 2016

The ground truth data for the slides containing metastases is provided in two formats:

The test dataset consists of 130 WSIs which are collected from both Universities.

Visualizing the images and annotations 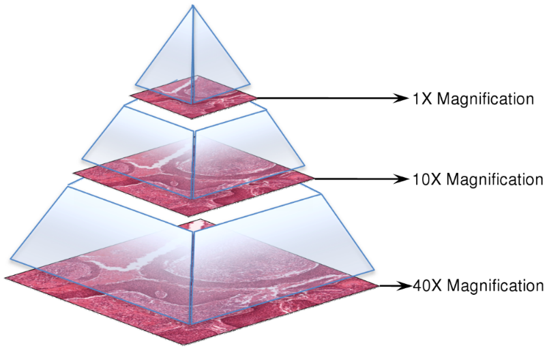 Whole-slide images are generally stored in a multi-resolution pyramid structure. Image files contain multiple downsampled versions of the original image. Each image in the pyramid is stored as a series of tiles, to facilitate rapid retrieval of subregions of the image. Reading these images using standard image tools or libraries is a challenge because these tools are typically designed for images that can comfortably be uncompressed into RAM or a swap file. OpenSlide is a C library that provides a simple interface to read WSIs of different formats.

Automated Slide Analysis Platform (ASAP) is an open source platform for visualizing, annotating and automatically analyzing whole-slide histopathology images. ASAP is built on top of several well-developed open source packages like OpenSlide, Qt and OpenCV. We strongly recommend the participants to use this platform for visualizing the slides and viewing the annotations. You can download ASAP from Github.

Example of a metastatic region: 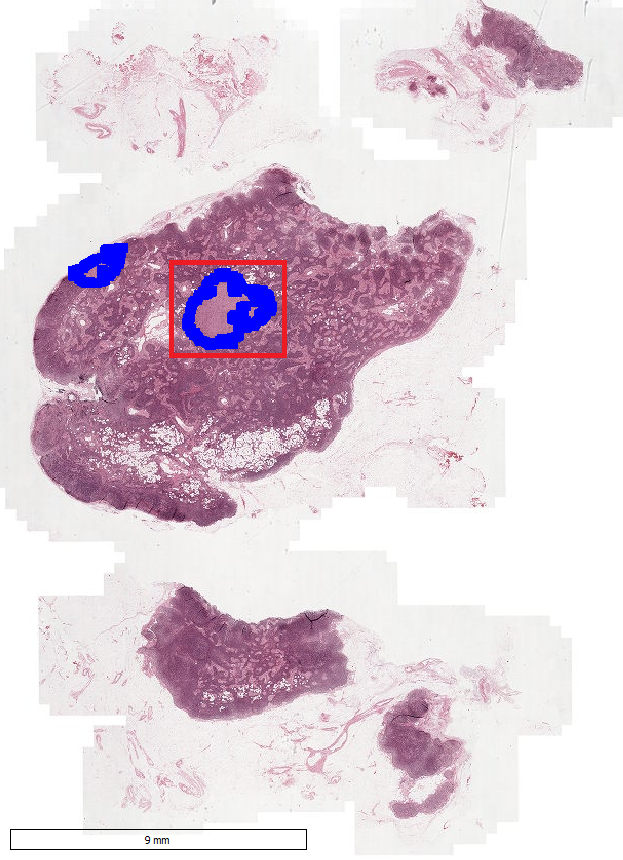 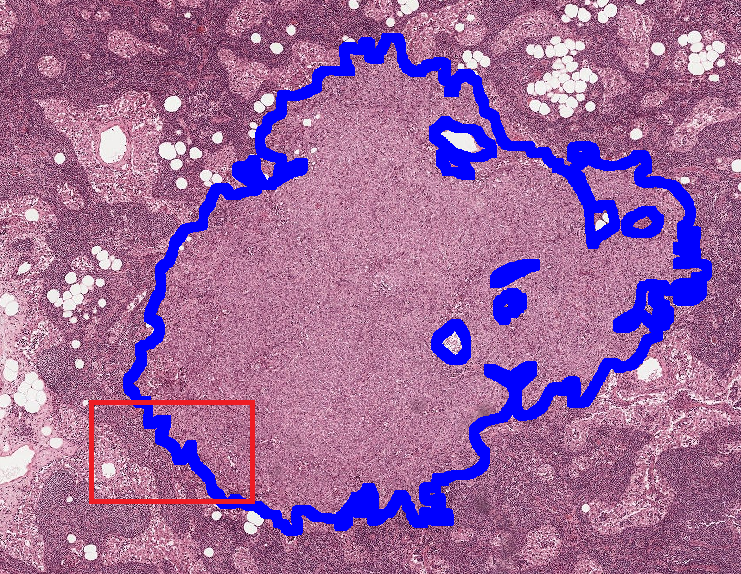 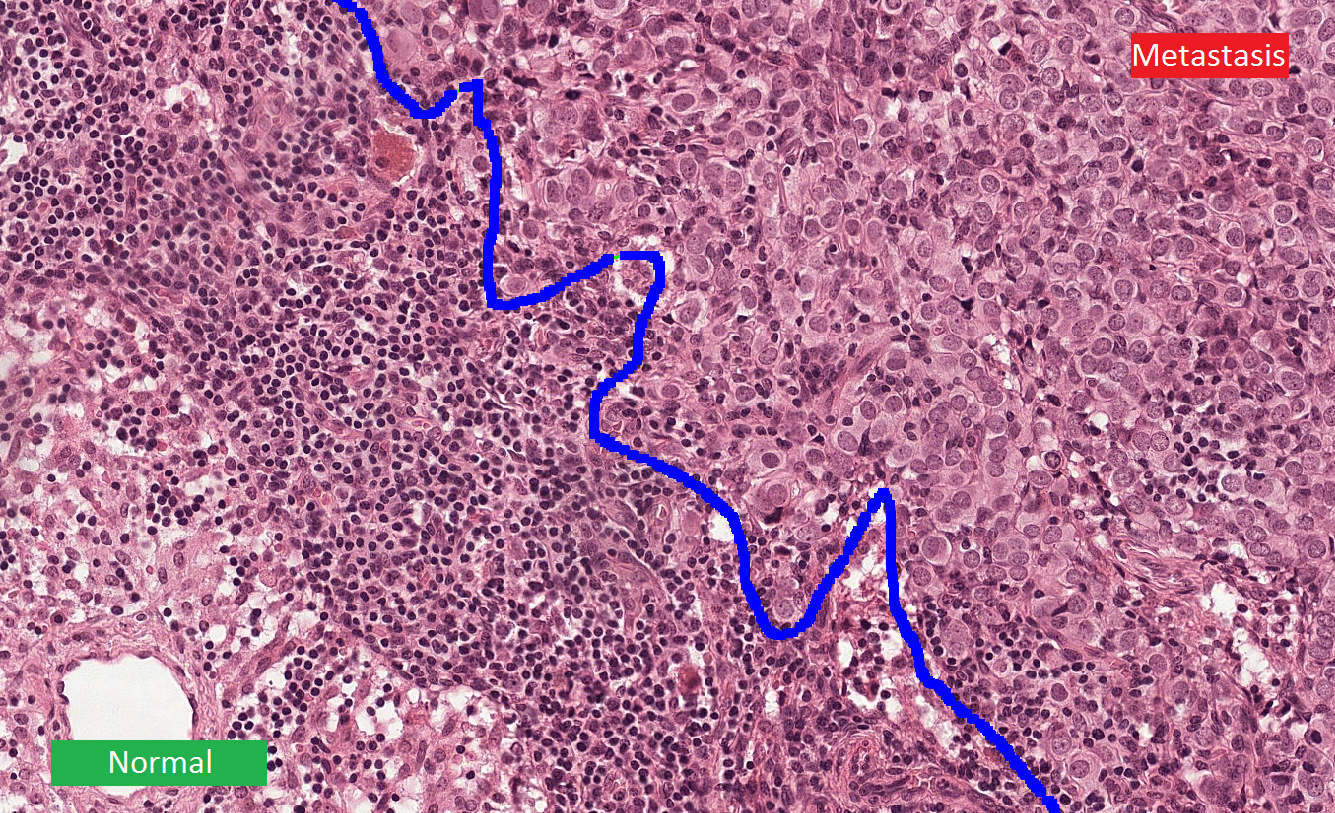