To solve the cancer metastasis detection in lymph node challenge, NLP Logix used a seven layer neural network. The first five layers were convolutional and the last two layers were fully connected. A cross entropy cost function was minimized using gradient descent. To train the network, roughly 250,000 image patches were extracted from the labeled slides, each of these image patches were 256 by 256 pixels. The network saw each of the training images approximately ten times. An image patch was labeled as a positive class if more than 50% of the pixels overlapped with the masked region. During training example patches were rotated and / or flipped randomly. Training and scoring were done using the GPU functionality of Google's TensorFlow machine learning library, running on NVidia cards. The scoring process was distributed across multiple machines, some setup on AWS and others configured and running locally. For the localization submission, a combination of watershed and grabcut algorithms were used to identify pixels that were within likely tumor regions. For the whole slide submission, each of the slides was sliced into eight regions and the Random Forest algorithm was used to assign a probability a slice contained one or more tumor regions. For each of the slides, the slice with the maximum probability was assigned to the slide. 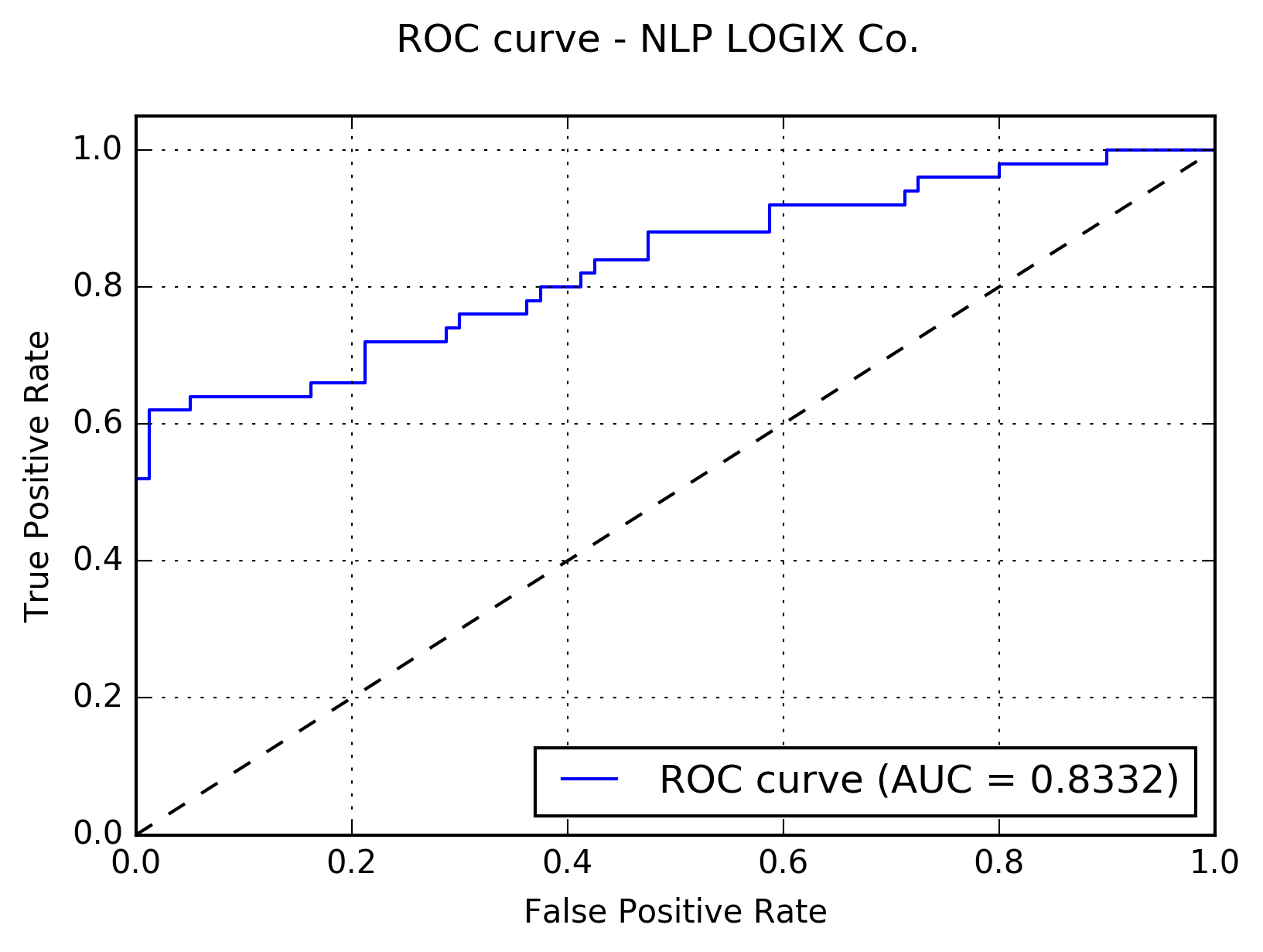 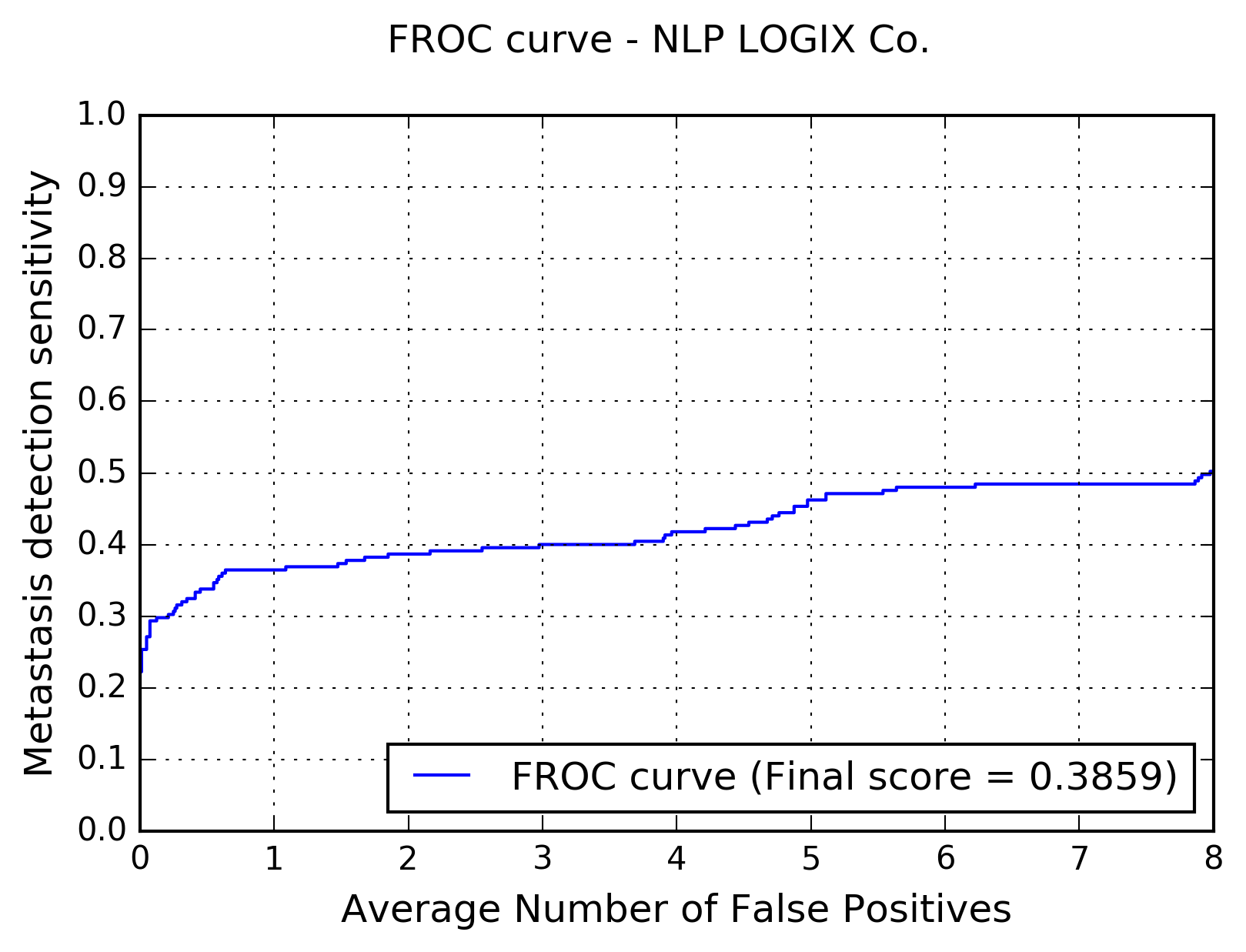