A fully convolutional ResNet-101 network with atrous convolution and atrous spatial pyramid pooling was trained. Atrous convolution and atrous spatial pyramid pooling enlarge the field-of-view for prediction and allow capturing objects as well as image context at multiple scales. Patches of size 512*512 at level 1 were used as input to the network. For each mini-batch 10 normal and 10 tumor patches were randomly taken to train the network. The model was trained for 40000 iterations on a single P100 GPU. The classification task is based on features extracted from tumor probability map with a random forest classifier as described in the submission by HMS-MIT Method 1. Further postprocessing step was used to remove candidates that are too small for the lesion-detection task. 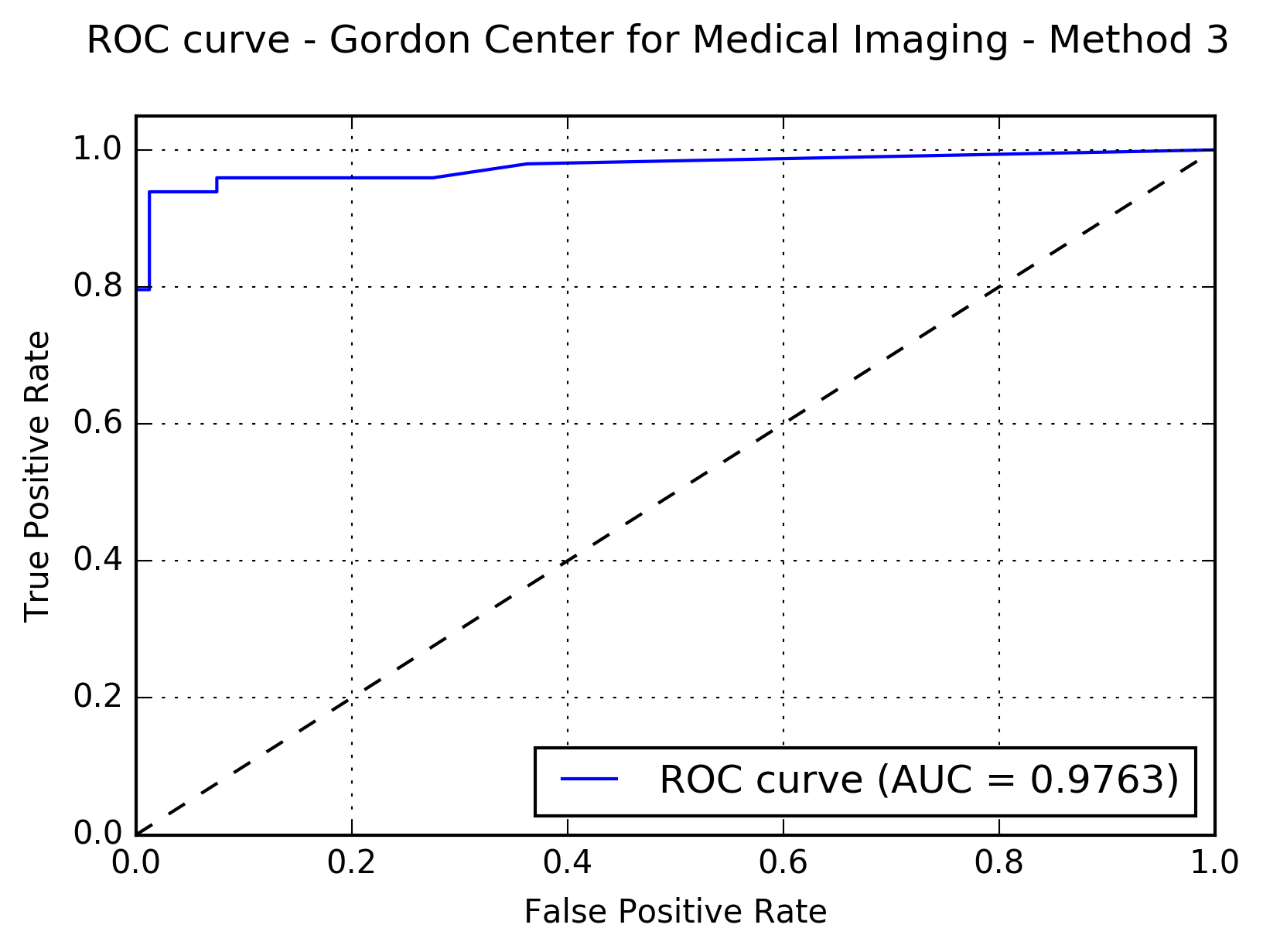 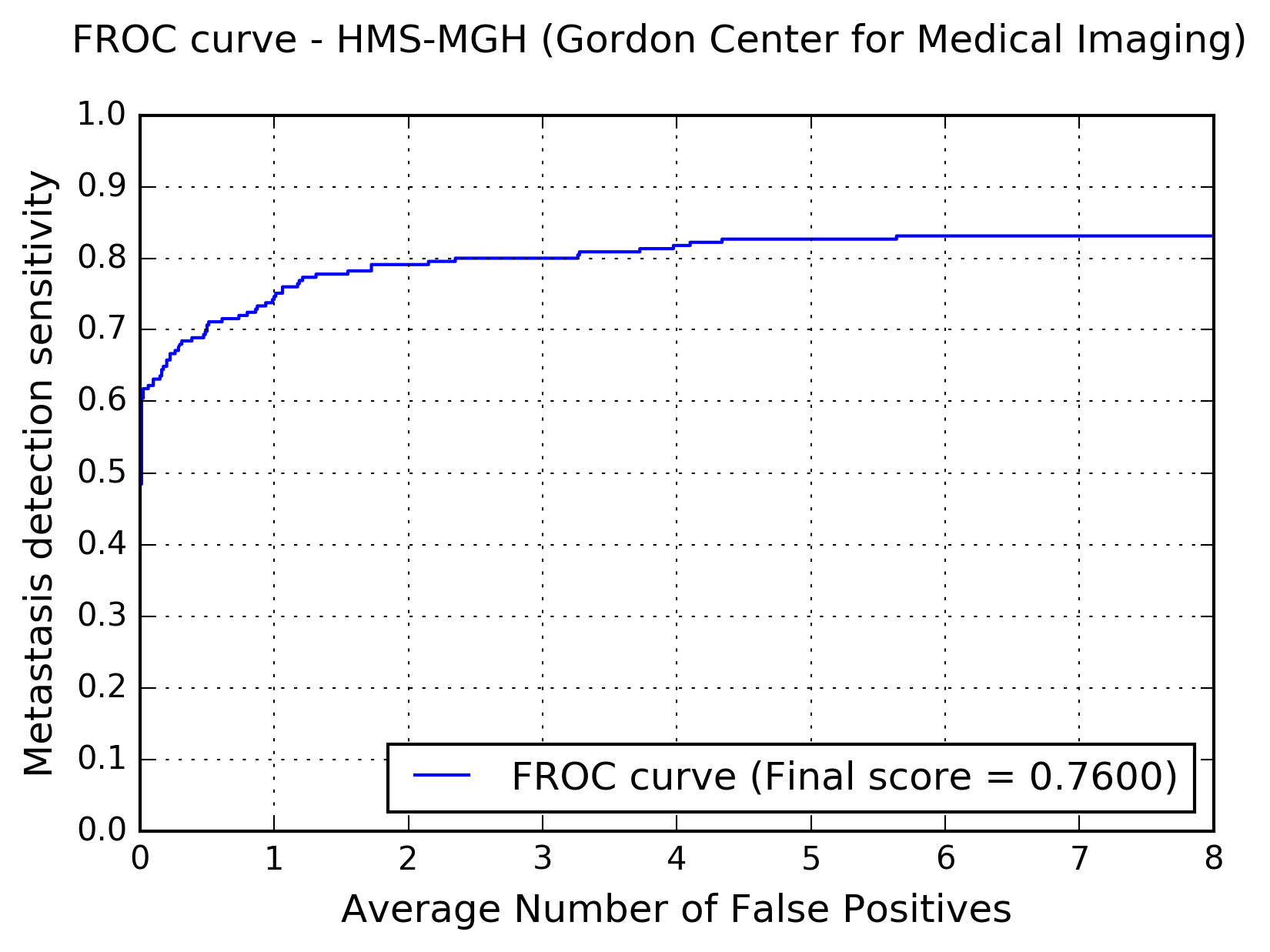