Our approach aims at segmenting the tumor regions by using a variant of the U-Net convolutional-deconvolutional neural network as the main component. Before feeding image patches to the network, we first performed background removal and stain normalization to deal with stain variation in the H&E stained slide images. We segmented the tissue region (area of interest) from fatty and white background areas by using a simple fully convolutional network (FCN) with a single upsampling layer. We then implemented the architecture of U-Net that is customised for the task of tumor segmentation in many ways. Our implementation in TensorFlow allows ease of customisation. The output of the network is a probability map, whereby each pixel intensity value corresponds to the probability of it belonging to the tumor, which is further manipulated by taking into account the probability values within a region and the region area. The candidate regions are further refined using the weighted probability map. For training purposes, we collected 20,000 RGB patches of size 428X428 at magnification level 2 (10X), with 12,000 patches taken from normal WSIs and 8,000 patches from WSIs with metastasis. The training and validation datasets comprised of 90% and 10% of the whole dataset respectively and the network was trained for more than 50 epochs. 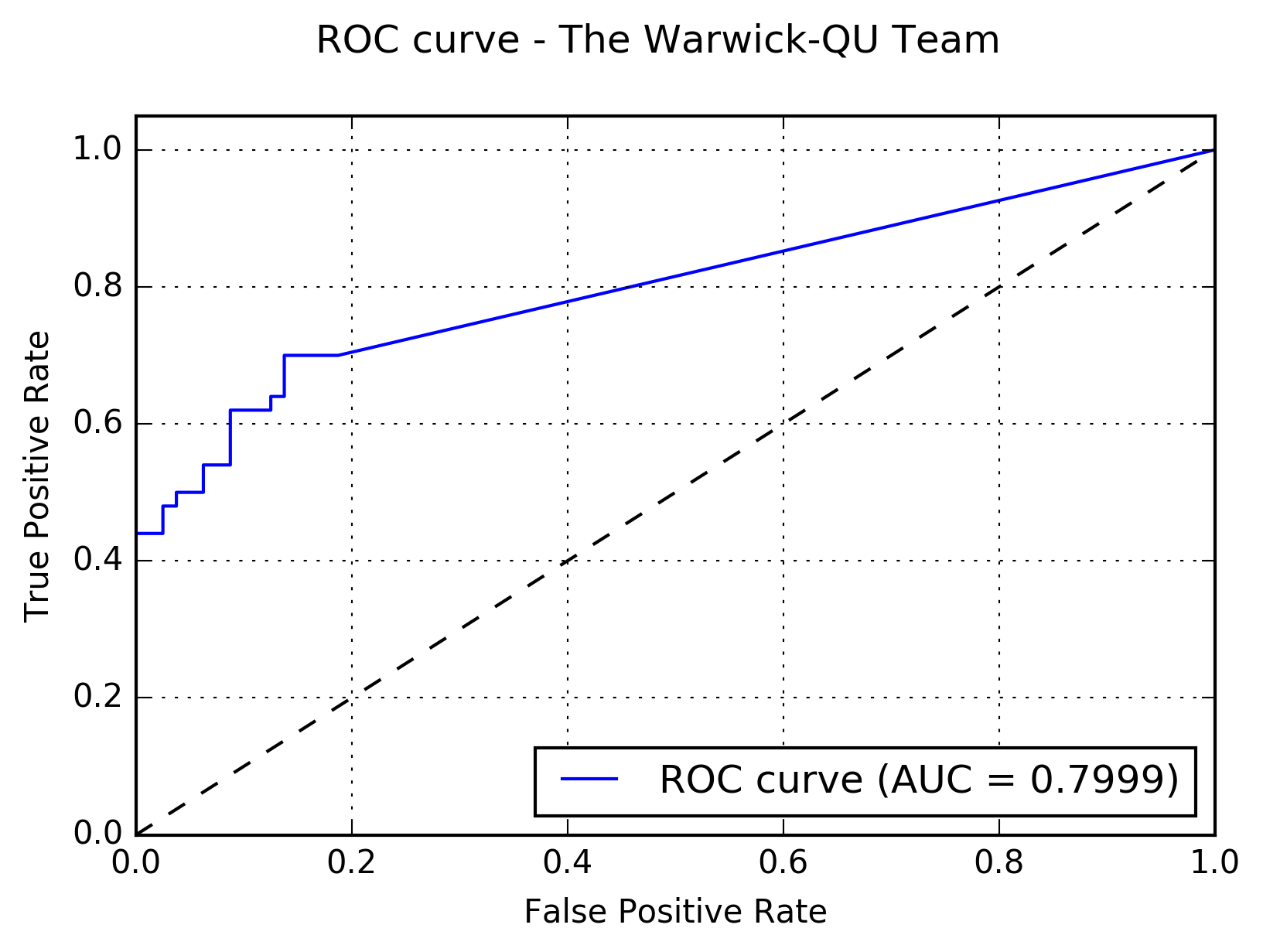 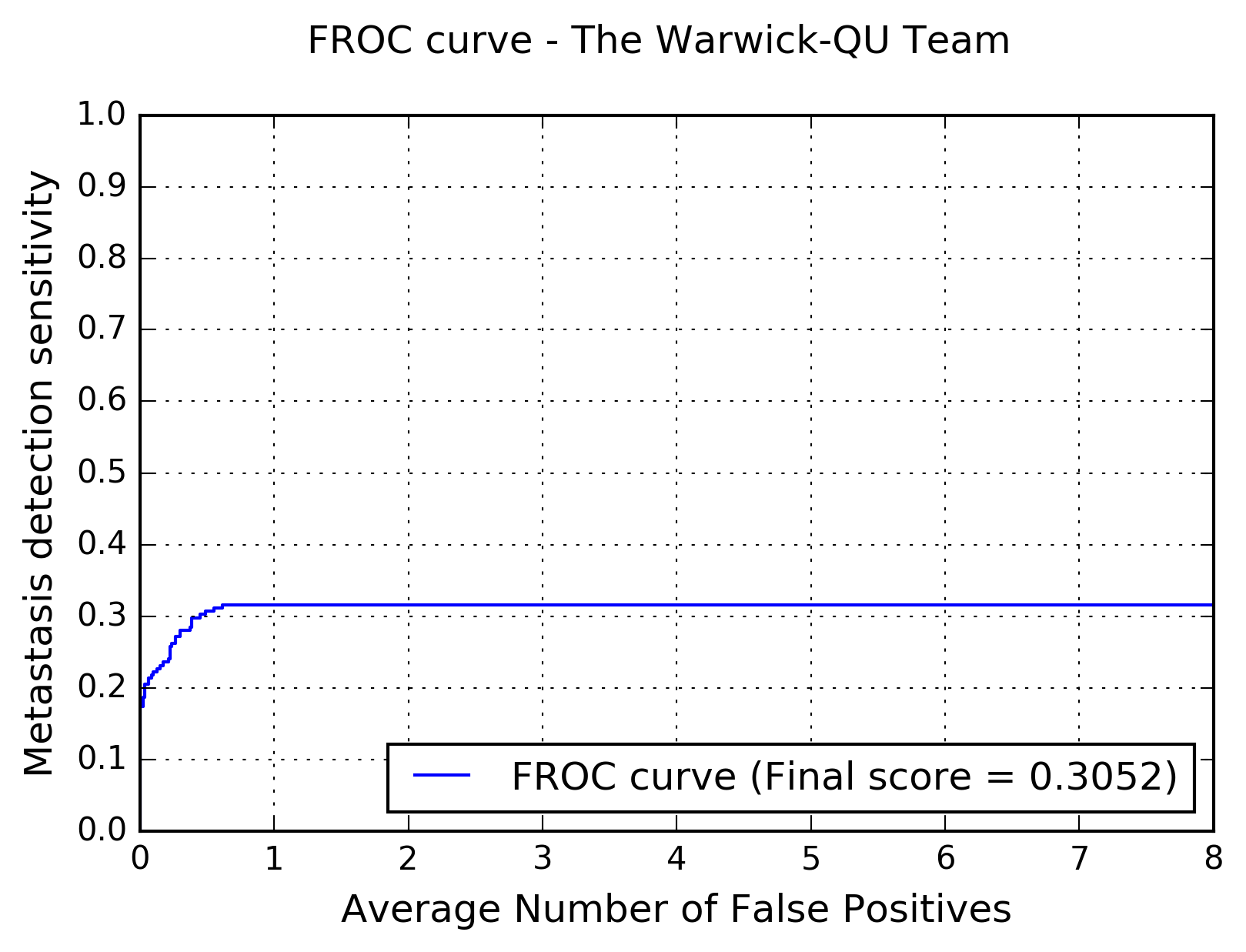